It was great to see the Sensing Spaces exhibition after spending several months working on the catalogue. I feel as if most of my time for the past weeks has been spent listening to hours of tapes of conversations between the curator, Kate Goodwin, and the architects (Kengo Kuma, Grafton Architects, Li Xiaodong, Pezo von Ellrichshausen, Diébédo Francis Kéré, Eduardo Souto de Moura and Alvaro Siza) and trying to then make them make sense to a reader – as well as all the general editing, caption writing, and other things that go into making a publication. 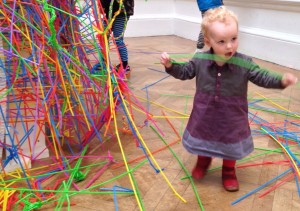 Having seen the exhibition and the fabulous finished catalogue, designed by Isabel Duarte and Simon Esterson of Esterson Associates, I can say it was all worthwhile. A really brave step by the Royal Academy and hopefully – given its appeal to a younger audience – the harbinger of more major architecture exhibitions in the future.