This was a wonderful project organised by Future Creative in Minterne Community Junior School in Sittingbourne.

Musician Dennis Greaves of blues band Nine Below Zero and I worked in all twelve classes – I went in first and encouraged the children to write poems on the themes of memory and identity and then Dennis followed and helped them transform the poems into lyrics and set them to music.

At the end we produced a book of poems and illustrations and a CD of the songs, called There’s a Ghost Under My Bed. 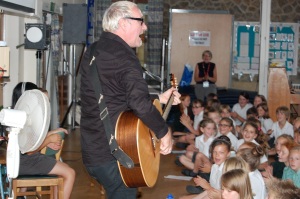 It was really interesting for both Dennis and I to observe each other’s creative process and to think about the difference between what makes a good poem and what makes a good song. The most successful poems for me were with a Year 4 class where we did cut up poetry – I gave the children an A4 page of words to do with the sea and they rearranged them as they wished.

Here is an example:

Calm clouds disappear
Shimmering waves whisper
Rippling pools roll
We walk on the golden sand
Violent cliffs towering up
We plunge into the deep
I shout to the dark
Rocks, sharp and solid
Alone under the pebbles crabs scuttle
Shimmering moon sings
Droplets surf among the tide
Sunrise, sunset over rain

Dennis and I were reunited for the retirement of headmaster Bill McGrory when Nine Below Zero performed and I read a poem I had written sourced from comments and memories by of pupils and staff. Here it is: 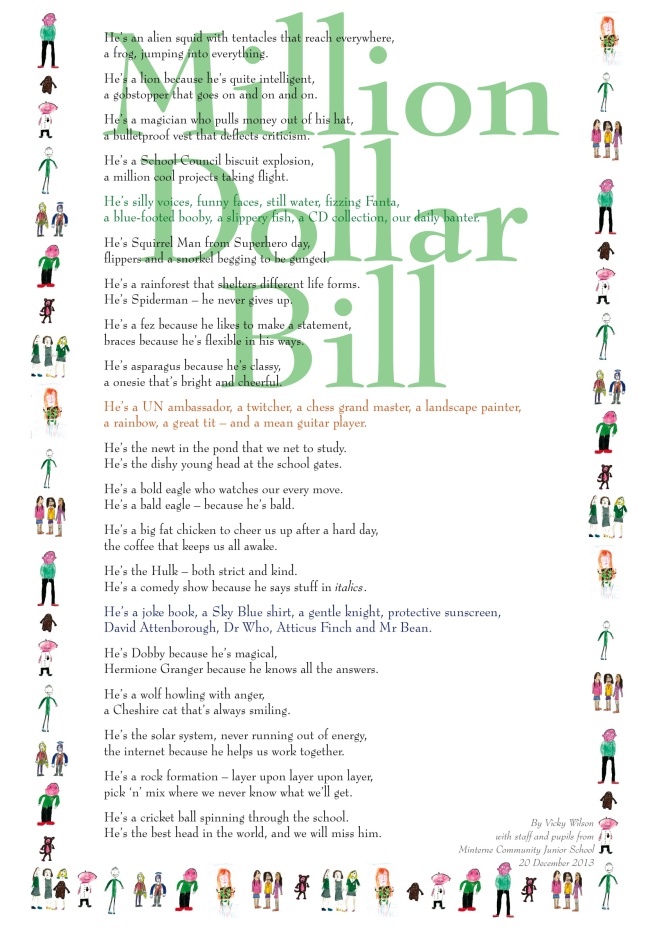